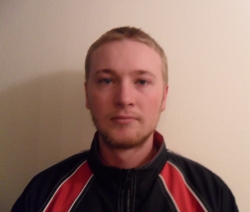 Cam played the majority of his youth career at Foothills Hockey Association prior to playing with the Colorado Rampage AAA Program for two years and finishing up his youth hockey at Arvada Hockey Association. After graduation Cam took his game to the next level playing Junior A in Seattle, WA with the Puget Sound Tomahawks of the NORPAC.  After a stint at the Junior A ranks Cam then decided to turn professional where  he attended the CHL Rocky Mountain Rage tryouts in 2008/2009.
Current Coaching Positions
Goaltending Director -  Colorado Thunderbirds AAA Hockey Club
Biography
Cam's experience includes 10+ years of coaching in various programs. He has spent the last two years with TLG, 4 years with GDI-Rocky Mountain and 3 years of coaching Midget AAA.

Coaches have kept sports alive in 2020. Has your kid's coach helped them through this crisis?Nominate them   for a chance to win $2500!