Send Us Your Photos And Videos...

Please send us photos and videos for us to display on the website.

send your photos to: 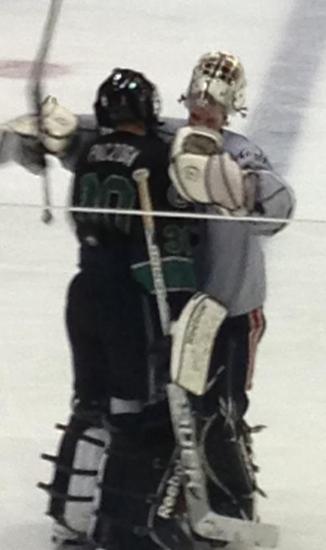 "ITC Students Gavin Paczosa of the Roughriders and Garrett Metcalf of the Rampage, after both survived almost 5 periods of hockey. This photo was taken after the two competed in this year’s (2013) Colorado State Tournament. The game Ended in period 5 with 3:09 remaining.
The winning goal was scored on the 101st shot of the game. Paczosa had 49 saves on 51 shots, Metcalf 49 saves on 50 shots. Both goals in regulation were scored short-handed.
Both goaltenders literally stood on their heads for their respective teams.
This is what great hockey and fantastic goaltending is all about !!!! Thank you ITC Staff !!!"
-Steve Metcalf

You could win VIP tickets to the 2023 Premier League Mornings Live Fan Fest in Orlando!HOW TO ENTER